the debut record in 1987, signed to Virgin Records which includes the smash hit “The Promise”.

Clive and Andrew are also the original vocalists appearing in the music video “The Promise” as shown below.

With Over 1.8 million records sold and 25 Years Later, WHEN IN ROME’S “The Promise” is known World wide as a Certified Hit. In both top 40 and AC charts around the Globe. Remember the closing scene from Napoleon-Dynamite, the film voted Best Picture at the 2005 MTV movie awards? As Napoleon finds some sort of resolution in his offbeat, own private Idaho, 80s-throwback lifestyle, a haunting synth chord from that electro-decade surges to the soundtrack’s surface and a classic piano phrase takes us into t

he end credits. The song is  When In Rome’s “The Promise”, the signature tune for the movie and still getting regular airplay across the country 18 years after it hit the Billboard Top Ten. When In Rome The Promise was also number #1 on the dance chart for 7 weeks, three more hits that reached the top 100 as well, “Heaven Knows”, “Wide, Wide Sea” and “Childs Play”, all Four hits released on their debut CD on Virgin records 1987-88.

When in Rome was a electro-dance trio from England that had a world wide hit with the single, “The Promise,” in 1988. Composed of Clive Farrington and Andrew Mann on vocals, and Now Ex Member Michael Florealon keyboard, When in Rome released one self-titled album after the success of their debut single, that reached .#1 on the Billboard Top 100 chart, before coming apart. The trio had previously been in a band named Leisure, with Corinne Drewery of Swing Out Sister. 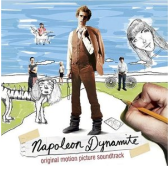 When in Rome Where did they go? When in Rome in fact never left. Like many hunters for perfection, they have carried their craft through to today and, indeed, Andrew and Clive are still writing and searching for the perfect pop song. They nearly achieved this with their hit single ‘The Promise’ which is widely received as one of the best pop songs of the 80s. The song was featured as the end title sequence for the hit movie Napoleon Dynamite in 2004.

There are many artists who are great at song-writing as a production line, churning out hit after hit. When in Rome is not one of them. They refuse to release any material which they themselves are not 100% happy with, hence the long hiatus.  When in Rome are back and are about to unleash some of the most enduring songs you will ever hear.

In The Now,  Clive Farrington and Andrew Mann has come together with Rob Juarez,  from the states,  The band is currently booking tours of selected cities and states under the name, “Farrington and Mann Original Members Of  When In Rome uk”,  with the Lost 80’s Live.     2019 tour dates will be announced soon