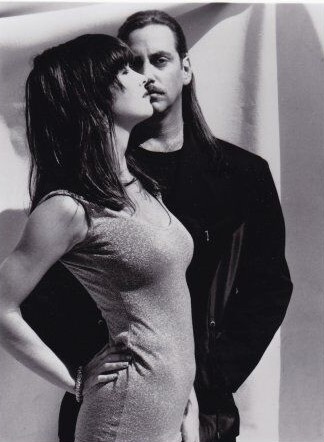 Bob wrote Dreamin’ in memory of his twin sister who passed away in August, 1986. Bob decided to put his creative energy into his own music and released Dreamin’ in April 1987.

Dreamin’ stayed on the top 5 in South Florida for over 36 weeks which still stands as the record. ‘Say it’s Gonna Rain’ was released in May, 1988 and hit #1 on Billboards Dance Chart. ‘Baby I Love Your Way/Freebird’ was released in September 1988 and went to #1 on the Hot 100 chart. Epic had not planned on releasing this so Bob asked his former Hot 105 employer, Bill Tanner along with Jerry Clifton to add it to their stations and affiliates. After seeing 30 major adds, Epic decided to promote it. Baby I Love Your Way/Freebird was the first video for Will to Power. It went to #1 on VH1 and was #9 for the year on VH1. MTV’s Kurt Loder did a week long “hit piece”, bashing the video and the medley.

He interviewed both Peter Frampton and the remaining members of Lynyrd Skynyrd who both gave it an enthusiastic ‘Thumbs Up’. The song attracted an entire generation that was not familiar with the originals. Fading Away was released in January, 1989 and went to #1 on Bill board’s Dance Chart.  “I’m not in Love” featured vocalist Elin Michaels. Epic released a rough mix of the record when they discovered Atlantic Records was releasing the same song by artist Joey Kidd. CHR stations played both versions and Will to Power won by a significant lead causing Atlantic to drop their version.

No video was made for “I’m not in Love” and the album, Journey Home was released 3 months later with a completed, mixed version. Epic did not release any other single from “Journey Home” although it got some great reviews including Billboard Magazine and LA Weekly which did a 2 page review by Chuck Eddy. Eddy called “Journey Ho me” his favorite album of the decade.

Will to Power released their “Spirit Warrior” album in 2005 which was only promoted to DJ Record Pools. The song “Dreamin (again) sung by Gioia Bruno of Expose’ went to #1 in DJ Times magazine as well record pool charts and Dance stations like WMPH in Wilmington, DE. “Spirit in the Bottle” also charted well. 2008 was the release of “Still Fading Away” which was mixed by David Noller of Dynamix II and Bryan Ives. This version was Break Beat – Miami Bass. Bob remixed “Beat Box” by 2 Live Crew which was one of the 8 songs on their first album. Bob worked on other mixes such as “No One Knows” by Wild Mary and did trick multiple edits on other records by artists such as ‘Sandee’ and other artists on Luke Skyywalker records. Will to Power is heading into 2018-19 with vocalist, Elin Michaels (same person, she spells her name differently now). We are in the studio recording new material that includes a medley similar to Baby I Love Your Way/Freebird.